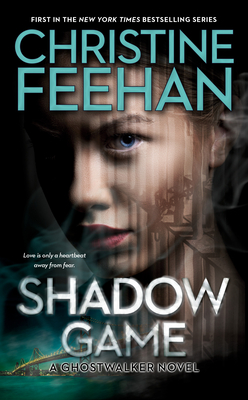 This is book number 1 in the A GhostWalker Novel series.

#1 New York Times bestselling author Christine Feehan plunges readers into the darkest recesses of the mind as a man and a woman discover the terrifying power—and the forbidden passion—that could destroy them both in the first novel in the GhostWalker series.

The brainchild of renowned scientist Peter Whitney and his brilliant daughter, Lily, the GhostWalker experiment was created to enhance the psychic abilities of an elite squadron, transforming their natural telekenetic powers into a unique military weapon. But something has gone wrong...

In the isolated underground, the men have been dying, victims of bizarre accidents. Captain Ryland Miller knows he is next. When Dr. Whitney himself is murdered, Ryland has only one person left to trust: the beautiful Lily. Possessed of an uncanny sixth sense herself, Lily shares Ryland’s every new fear, every betrayal, every growing suspicion, and every passionate beat of the heart.

Together, they will be drawn deeper into the labyrinth of her father’s past...and closer to a secret that someone would kill to keep hidden.
Christine Feehan is the #1 New York Times bestselling author of the Carpathian series, the GhostWalker series, the Leopard series, the Shadow Riders series, and the Sea Haven novels, including the Drake Sisters series and the Sisters of the Heart series.
Praise for Christine Feehan and the New York Times bestselling GhostWalker novels

“Romance, suspense, danger, action-packed excitement, hot hot men, and on top of all that, a couple that sizzles all throughout the book...Sexy as hell.”—The Reading Cafe

“I cannot wait to see where Ms. Feehan takes us next.”—Fresh Fiction

“Packed with adventure...Not only is this a thriller, the sensual scenes rival the steaming bayou. A perfect 10.”—Romance Reviews Today

“One of the best storytellers around!”—RT Book Reviews