Worlds on Fire: Volcanoes on the Earth, the Moon, Mars, Venus and IO (Hardcover) 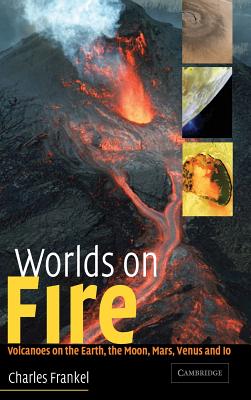 Worlds on Fire: Volcanoes on the Earth, the Moon, Mars, Venus and IO (Hardcover)


Ships to Our Store in 1-5 Days
(This book cannot be returned)
Anyone who has ever thought that volcanoes and volcanism were restricted to the planet Earth should open any page of this book to discover that some of the most spectacular explosions in the Solar System are not occurring close to home. Charles Frankel provides a detailed tour that describes such volcanic landmarks as the Moon's Aristarchus plateau, Mars' tallest volcano Olympus Mons, the double-cratered Sapas Mons on Venus, and the churning lava lake of Io's Pele caldera. Illustrated with the most recent imagery from spacecraft, his volume introduces the reader to the wonders and excitement of space exploration. Charles Frankel has written on various topics in the earth sciences, including the following two of his many books: Volcanoes of the Solar System (Cambridge, 1996) and The End of Dinosaurs (Cambridge, 1999).