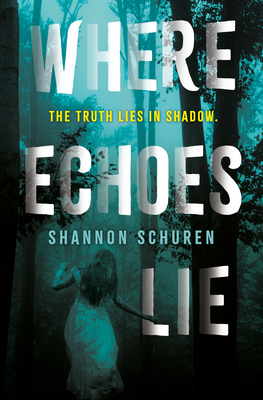 
Currently Unavailable
In this eerie thriller of a ghost story, a teenage girl must solve the mystery of the ghost bride that has haunted her community in rural Kentucky for more than a century.

Rena Faye believes in things she can see and touch, or at least capture through the lens of her camera. Things like the moonbow--a gray-and-white colorless bow that arcs out of Cumberland Falls every month when the moon is full. This natural phenomenon is what keeps her family's motel business afloat, and what puts their tiny Kentucky town on the map. That, and the legend of the ghost bride.

Along with everyone else who has grown up near the falls, Rena knows the tragic tale of the bride who walks the cliff on moonlit nights. But when her grandma tells her that the legend is real, and worse, that the ghost bride has cursed the women of their family, she dismisses it as just another of her mawmaw's famous stories. But when Rena Faye's life begins to fall apart, she must delve deeper into the stories surrounding the legend, and reexamine who she can trust, as well as the truth about her town and family history. before the curse takes everything--and everyone--she holds dear.

An eerie thriller of a ghost story filled with twists and turns until the final page.
Shannon Schuren (shannon.schuren.org) is the critically acclaimed author of The Virtue of Sin. She works as a children's librarian at a public library and writes from a cozy she-shed in her backyard. Her short stories have appeared in various journals such as Toasted Cheese Literary Journal, Big Pulp, and Ellery Queen Mystery Magazine. Shannon lives in Sheboygan Falls, Wisconsin, with her husband and three children. Follow her on Twitter @shannonschuren.