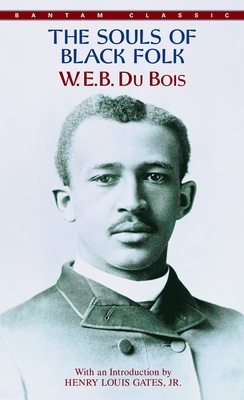 
Currently Unavailable
"The problem of the twentieth century is the problem of the color line." Thus speaks W.E.B. Du Bois in The Souls Of Black Folk, one of the most prophetic and influental works in American literature. In this eloquent collection of essays, first published in 1903, Du Bois dares as no one has before to describe the magnitude of American racism and demand an end to it. He draws on his own life for illustration, from his early experiences teaching in the hills of Tennessee to the death of his infant son and his historic break with the conciliatory position of Booker T. Washington.

Far ahead of its time, The Souls Of Black Folk both anticipated and inspired much of the black conciousness and activism of the 1960's and is a classic in the literature of civil rights. The elegance of DuBois's prose and the passion of his message are as crucial today as they were upon the book's first publication.
W.E.B. Du Bois (1868–1963), writer, civil rights activist, scholar, and editor, is one of the most significant intellectuals in American history. A founding member of the NAACP, editor for many years of The Crisis and three other journals, and author of seventeen books, his writings, speeches, and public debates brought fundamental changes to American race relations.

David Levering Lewis is Martin Luther King, Jr., University Professor in the department of history at Rutgers University. He won Pulitzer prizes for both volumes of his landmark biography of W.E.B. Du Bois, along with many other awards, including the Bancroft and Parkman prizes. He lives in Manhattan.
“One hundred years after publication, there is in the entire body of social criticism still no more than a handful of meditations on the promise and failings of democracy in America to rival William Edward Burghardt Du Bois’s extraordinary collection of fourteen essays.” —from the Introduction by David Levering Lewis