The Gods Themselves: A Novel (Mass Market) 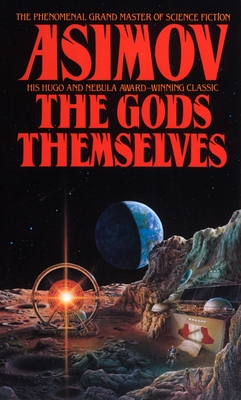 The Gods Themselves: A Novel (Mass Market)


Ships to Our Store in 1-5 Days
In the twenty-second century Earth obtains limitless, free energy from a source science little understands: an exchange between Earth and a parallel universe, using a process devised by the aliens. But even free energy has a price. The transference process itself will eventually lead to the destruction of the Earth's Sun—and of Earth itself.

Only a few know the terrifying truth—an outcast Earth scientist, a rebellious alien inhabitant of a dying planet, a lunar-born human intuitionist who senses the imminent annihilation of the Sun. They know the truth—but who will listen? They have foreseen the cost of abundant energy—but who will believe? These few beings, human and alien, hold the key to Earth's survival.
Isaac Asimov began his Foundation series at the age of twenty-one, not realizing that it would one day be considered a cornerstone of science fiction. During his legendary career, Asimov penned more than 470 books on subjects ranging from science to Shakespeare to history, though he was most loved for his award-winning science fiction sagas, which include the Robot, Empire, and Foundation series. Named a Grand Master of Science Fiction by the Science Fiction Writers of America, Asimov entertained and educated readers of all ages for close to five decades. He died, at the age of seventy-two, in April 1992.