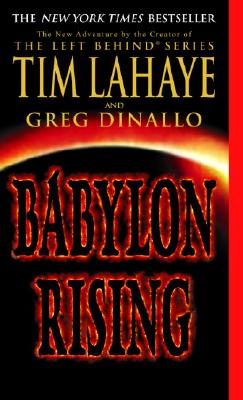 Tim LaHaye created the Left Behind Series, which has become one of the most popular fiction series of all time. Those novels, with more that 50 million copies sold, presented a unique combination of suspense and substance drawn from his lifelong study of Biblical prophecy.

Now Tim LaHaye has created a new series that begins with Babylon Rising. The novels in this new series are even faster-paced thrillers based on prophecies that are not covered in the Left Behind books and that have great relevance to the events of today.

Babylon Rising introduces a terrific new hero for our time. Michael Murphy is a scholar of Biblical prophecy, but not the sedate and tweedy kind. Murphy is a field archaeologist who defies danger to fearlessly hunt down and authenticate ancient artifacts from Biblical times. His latest discovery is his most amazing—but it will send him hurtling from a life of excavation and revelations to a confrontation with the forces of the greatest evil. For the latest secret uncovered by Michael Murphy accelerates the countdown to the time of the end for all mankind.

Dr. Tim LaHaye is a renowned prophecy scholar, minister, and author. His Left Behind(R) series is the bestselling Christian fiction series of all time. He and his wife, Beverly, live in southern California. They have four children and nine grandchildren.

Greg Dinallo is a veteran suspense novelist. He lives with his wife, Gloria, in New York City. "From the Hardcover edition."