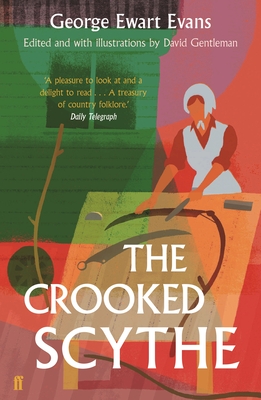 
Currently Unavailable
George Ewart Evans was one of the pioneers of oral history. This anthology is drawn from his writings about the memories of men and women of a past era -- farm labourers, shepherds, horsemen, blacksmiths, wheelwrights, sailors, fishermen, miners, maltsters, domestic servants and many others. Ewart Evans gathered this unique testimony in rural East Anglia in the 1950s, just as mechanisation was taking over every aspect of life, preserving a wealth of human history and language in this fascinating and often moving anthology.
Born in the mining town of Abercynon, South Wales, George Ewart Evans (1909-88) was a pioneering oral historian. In 1948 he settled with his family in Blaxhall, Suffolk, and through conversing with his neighbours he developed an interest in their dialect and the aspects of rural life which they described. Many were agricultural labourers, born before the turn of the century, who had worked on farms before the arrival of mechanisation. With the assistance of a tape recorder he collected oral evidence of the dialect, rural customs, traditions and folklore throughout East Anglia, and this work, reinforced by documental research, provided the background for his renowned East Anglian books.