Beneath the Sand (Paperback) 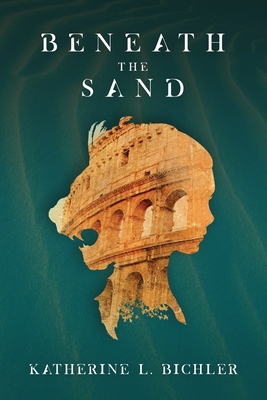 Beneath the Sand (Paperback)

Growing up in the caverns underneath the colosseum is anything but ordinary for a Roman teenager like Noemi. Helping her father train wild beasts for the emperor's extravagant shows and being feted with romantic gifts from her noble fianc , hers is a life few girls could imagine. But despite her good fortune, Noemi is beginning to doubt her upcoming wedding, which could threaten what she desires most-to train as a gladiator.

While Noemi loves the lions beneath the colosseum and the bloody shows above, her sister, Livia, is a contrast in extremes. If Livia can't be an enviable Vestal Virgin in a garden temple, she'll do the next best thing and use her charms to climb the social ladder, as high as the emperor's palace on Palatine Hill. While Livia will stop at nothing to improve her social life, Noemi can't stop her secret desires, nor her stealth training with swords.

And then there's Cato, a top-ranked gladiator who is keeping a risky secret of his own. Against Noemi's better judgement, she finds herself drawn to this mysterious fighter, who has both a temper and an imperious reputation. Soon, Noemi, Livia and Cato find that keeping secrets is not just child's play, but dangerous games with deadly consequences. Can they all fool the emperor long enough to avoid a date with the executioner?