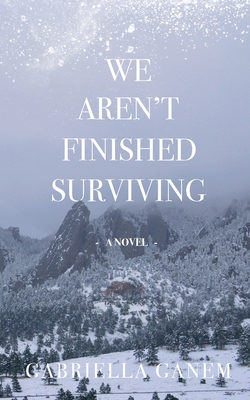 Jackson Carter had his entire career planned out. Moving to Utah was his golden ticket to a spot on one of the nation's best snowboarding teams. The fact that they wanted him... well, that's a dream come true. He's on top of the world, literally, and he loves it.

Before he embarks on the journey to the rest of his life, Jackson agrees to one more road trip over the winter break. He's returning home to Montrose, Colorado, with his brother Andrew and their friends, Brooke, Lydia, and Lucas. After all, Jackson isn't about to miss a chance to spend hours in a car with Brooke.

But the trip meant as a last hurrah before school begins turns into a nightmare when they're involved in a devastating accident. Neither Jackson nor his friends could have guessed the aftermath would leave them trapped at the bottom of a mountain, at the mercy of the Colorado winter. The group is far from equipped to weather the cold or whatever else might lurk in the forest, and the emotional trauma of the accident is taking its toll on all of them. They must focus on one thing, and one thing only, staying alive.

But as they fight for their lives on the other side of the accident, Jackson doesn't know how he will face the winter he once loved or continue to chase his dreams when it has caused so much heartache. What will he do when the snow that made him so happy before now fills his heart with terror? How can he keep surviving?