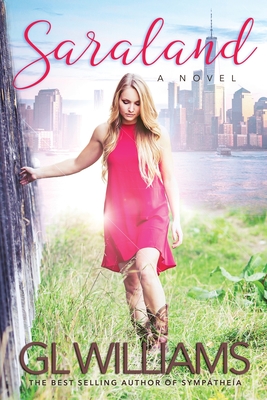 Amanda Jane Rush is living her best life. After graduating NYU with a music degree, her life took a total detour and she became a New York socialite, social media influencer and owner of her own successful branded beauty boutique. Living single in SoHo with her cuddly dog, Amanda spends her Friday nights hitting up clubs and popping bottles with her friends like a boss. But her life wasn't always so amazing.

Amanda grew up in southern Alabama with a dysfunctional family on the brink of poverty. Desperate to escape, she found a way to cope through her music and playing sports. Becoming the basketball star was an unexpected bonus, but she knew college scouts wouldn't come calling considering how they tended to focus their attention anywhere else but there. A music scholarship to NYU would became her way out, and as soon as she had her diploma in her hand, she was gone.

Her idyllic life is disrupted when an unexpected letter arrives from her mother the same day an opportunity presents itself to take her ambitions to the next level. She hasn't talked to her mother in a decade, but she finds herself drawn back to the place she fought hard to forget, the family and friends she abandoned long ago, and the secrets and lies she would soon uncover.