A Curse Of Silver And Blood (Paperback) 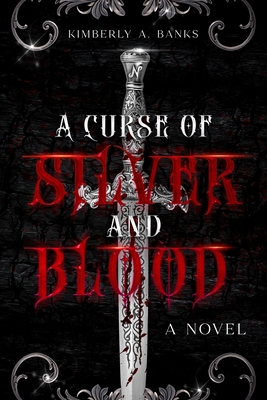 A Curse Of Silver And Blood (Paperback)

There's something strange about Elijah Ward.

In the Southern Coastal town of Savannah, he struggles to conceal his psychic gifts of astral projection and retrocognition.

"If you're reading this, then I'm no longer alive, and you need to leave town before you're murdered."

These were the haunting written last words Elijah's estranged brother, Owen, left him before committing suicide. Ignoring the warning, Elijah finds himself hunted by shape-shifting wolves ravenous for his flesh.

Recently excommunicated from her coven, Quinn Rowan has been honing her magical abilities since birth. Tormented by dreams of a mysterious man she loved in a past existence, Quinn is drawn to an abandoned historic property. The exact property where she watched the man she loved murdered two hundred years earlier.

Elijah is confident Quinn is his soulmate. But she was the last person to see Owen alive, and he suspects she wants to kill him. Unfortunately, she's the only person who holds the key to his survival. Bewitched by Quinn, Elijah is determined to uncover the spiritual connection between them and the truth behind his brother's death.