There's an Alien in Your Book (Who's In Your Book?) (Hardcover) 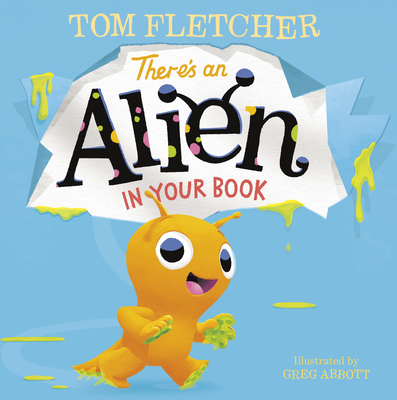 There's an Alien in Your Book (Who's In Your Book?) (Hardcover)


Ships to Our Store in 1-5 Days
LOOK OUT! An adorable ALIEN has crash-landed in YOUR book. Get ready for another lively, interactive read-aloud in the Who's In Your Book series!

Readers will enjoy jiggling, bouncing, and turning their book around as they try to launch Alien back up into space--because aliens don't belong on Earth...do they? Packed full of interactive fun, with a gentle message about openness, acceptance, and inclusion that will speak to the very youngest readers.

Bestselling author and musician Tom Fletcher and illustrator Greg Abbott have once again created a creature that readers will fall in love with--and want to play with--again and again!

Don't miss a single story in the Who's In Your Book series!


...and more books to come!
TOM FLETCHER is one of the UK's bestselling authors for children and creator of the incredibly successful Who’s In Your Book? picture-book series. His first book The Christmasaurus was the biggest debut middle-grade novel of 2016, and The Creakers was a number one bestseller. The Dinosaur That Pooped picture books, written with his bandmate Dougie Poynter, have sold over a million copies. For older readers, Tom co-authors the Eve of Man series with his wife, Giovanna Fletcher. Tom's books have been translated into more than thirty-five languages and counting.

GREG ABBOTT is an illustrator and graphic designer. He created the adorable illustrations for There's a Monster in Your Book, There's an Elf in Your Book, and There's a Dragon in Your Book. In addition to children's books, Greg has created apparel, prints, toys, greeting cards, and other merchandise. He lives in West Sussex, England. Visit him on Tumblr at gregabbott.tumblr.com.
“Readers are asked to blow on a page, jiggle the book, and make loud noises, all to help the poor alien get back into space. . . . This title will make for a fun story hour or one-on-one reading.” —School Library Journal

“Fans will find the combination of cute creatures and gentle moralizing a comfort.” —Kirkus Reviews