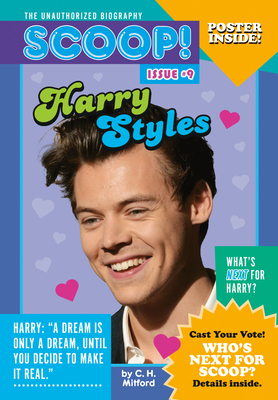 
Ships to Our Store in 1-5 Days
A new series of unauthorized biographies on the world's biggest names and rising stars in entertainment, sports, and pop culture! Complete with quizzes, listicles, trivia, and a full-color pull-out poster of the star, this is the definitive collection to get the full Scoop! and more on your favorite celebrities.

Harry Styles seemed like your average boy-band-turned-solo-musician act. But when he took a leading role in Christopher Nolan's Dunkirk, Harry showed the world he was anything but a one-trick pony. And with a sophomore smash to follow up his debut album, things are really starting to heat up for this British bloke!

Get the full Scoop! and more on Harry Styles: America's favorite Brit-pop super star.
C. H. Mitford is a writer who splits her time between New Orleans and New York City.