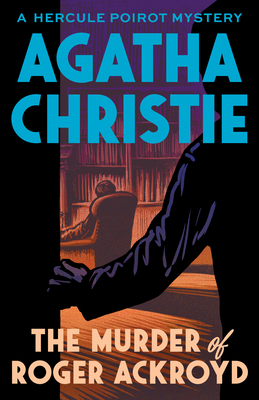 One of Agatha Christie’s most famous novels, featuring her beloved detective Hercule Poirot—and her most surprising twist.

The story that made Agatha Christie famous ends with one of her most dramatic twists. The villagers of King’s Abbot are shocked when a wealthy local widow commits suicide and the very next day her fiancé, Roger Ackroyd, is stabbed to death. Dr. James Sheppard, the local physician, discovers the body of his friend and narrates the ensuing hunt for the killer. All the guests and staff at Ackroyd's country house seem to have solid alibis—except for his missing stepson. But as the authorities home in on their most obvious suspect, the recently retired detective Hercule Poirot unexpectedly turns up and joins the fray. Dr. Sheppard gamely assists the legendary Poirot as he untangles one of the most fiendish mysteries in Christie’s extensive oeuvre.
AGATHA CHRISTIE (1890–1976) was born in Devon, England. She wrote more than 70 books and 150 short stories, as well as works for stage and screen. Her novel And Then There Were None is considered the world's bestselling mystery novel, and her play The Mousetrap is the longest-running play in London theater history.
"Agatha Christie created the modern murder mystery." --The New Yorker