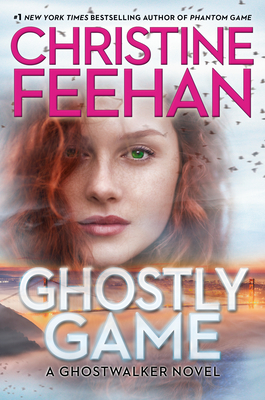 This is book number 19 in the A GhostWalker Novel series.

Gideon “Eagle” Carpenter is used to rolling with the punches life has thrown at him. It’s the only thing that’s kept him alive. He and his team of GhostWalkers have seen and experienced it all. He does his best to live with all the sins written on his soul. Then he hears the laughter of a woman with the ability to erase—even for a few previous moments—the darkness of his past.

Laurel “Rory” Chappel has always been a nomad. She’s accustomed to taking care of herself, despite the physical challenges she lives with. She thinks she’s too weak to find real love, but that doesn’t stop her interest in Gideon from turning into a full-on addiction. He’s all rough edges and danger contrasted with a tenderness that makes her feel safe. Still, after a life spent in motion, she’s not sure she knows how to stay in one place.

Gideon hopes he can persuade Rory to take a chance on him with every electric touch. But soon, life conspires against him, forcing the GhostWalker to risk everything to protect the woman he loves....
Christine Feehan is the #1 New York Times bestselling author of the Carpathian series, the GhostWalker series, the Leopard series, the Shadow Riders series, the Torpedo Ink series, and the Sea Haven novels, including the Drake Sisters series and the Sisters of the Heart series. She also writes stand-alone romantic suspense novels set in the California backcountry.