The Future of Mining in South Africa: Sunset or Sunrise? (Paperback) 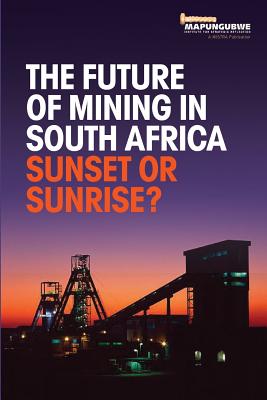 The future of mining in South Africa is hotly contested. Wide-ranging views from multiple quarters rarely seem to intersect, placing emphasis on different questions without engaging in holistic debate.

This book aims to catalyse change by gathering together fragmented views into unifying conversations. It highlights the importance of debating the future of mining in South Africa and for reaching consensus in other countries across the mineral-dependent globe.

It covers issues such as the potential of platinum to spur industrialisation, land and dispossession on the platinum belt, the roles of the state and capital in mineral development, mining in the era of the Fourth Industrial Revolution, the experiences of women in and affected by mining since the late 19th century and mine worker organising: history and lessons and how post-mine rehabilitation can be tackled.

It was inspired not only by an appreciation of South Africa's extensive mineral endowments, but also by a realisation that, while the South African mining industry performs relatively well on many technical indicators, its management of broader social issues leaves much to be desired. It needs to be deliberated whether the mining industry can play as critical a role going forward as it did in the evolution of the country's economy.