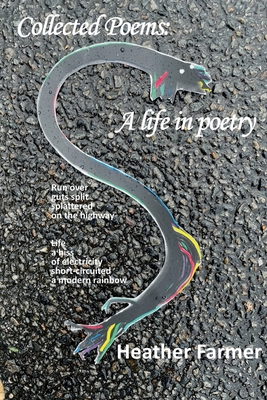 Collected Poems: A life in poetry is a compilation of poems by Heather Farmer written over a period of fifty years. For better or worse, they are all there, in one volume, including poems originally published in Of Dreams and Discoveries and the lyrics of the music album Peaceful Earth.

Another work was published in March 2015 after more than five years of research and many drafts. The Longest Decade: A Literary Memoir of the 1940s was Heather Farmer's first published prose work. It was launched at the Cairns Tropical Writers Festival in August 2016 to critical acclaim and is available online. It is also available as a book-club set in the Cairns City Council libraries.

Heather collaborated with Steve Parish to produce Of Dreams and Discoveries, a series of connected poems telling the story of a life illustrated with Steve's nature photographs. The first edition was published in 1979 and a second edition was published fifteen years later in 1994 by Steve Parish Publishing. Both editions were successful, with thousands of copies sold.

The lyrics for Peaceful Earth were originally written in 1996, the music composed by Bruce Vickery and Len E Johnson and the songs sung by Carolyn Ferrie. Originally produced as a DVD, it is now available online on forty music sites including Amazon, Apple, YouTube, Spotify etc. Search Farmer Ferrie Johnson Vickery.

Heather continues to write-and perform-poetry, short stories and young adult fiction. She is a long-standing member of Tropical Writers Inc. in Cairns in Far North Queensland.