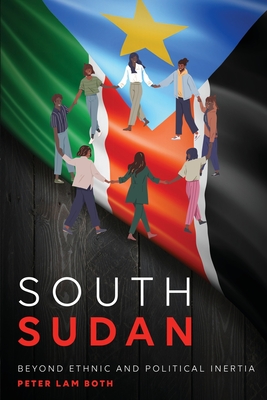 By Peter Lam Both

In his second book on South Sudan, Peter Lam Both has narrated the causes of conflict in the country as predominantly internal to SPLM leadership. He states that the real causes of war in the country were concealed from the people of South Sudan by their leaders for political reasons. Without any factual evidence, the war was presented to them by some of their leaders as ethnic; between the Nuer and Dinka. If the war were ethnic, how would anyone explain why Nuer SPLM leaders remained in the government of South Sudan headed by President Salva Kiir Mayardit who is a Dinka, while some Dinka joined Dr. Riek Machar, a Nuer, fighting to overthrow the government? This narrative of war being ethnic was fanned by opposition groups to garner support from their ethnic bases and sympathy from humanitarian agencies operating in South Sudan as well as international community.

The author maintains that even though the Nuer and Dinka killed each other, from 2013-2015 as though they were fighting an ethnic war, not all the leaders of these two communities lost sight of their responsibility to protect the most vulnerable citizens from danger. They endeavored to preserve the unity of the people and the sanctity of the republic. Since the conflict began in December 2013, there has been little discussion, if any, about the Dinka who were protected by the Nuer in their lands and the Nuer that were protected by the Dinka in their areas. This positive development between the two ethnic groups was hidden deliberately because it could have contradicted the dominant narrative by the opposition groups and their international allies. As stated, the failure of certain ethnic leaders to describe the war correctly was intentional. This was in order to foment hatred among the people so that they would continue to fight for them to gain political power in the country. The purpose of this book, therefore; is to present this conflict as a political power struggle among elites and to suggest a way forward for the country to free itself from this devastating predicament in which it finds itself.