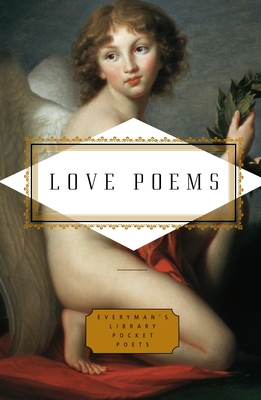 
Currently Unavailable
It has often been said that love, both sacred and profane, is the only true subject of the lyric poem. Nothing better justifies this claim than the splendid poems in this volume, which range from the writings of ancient China to those of modern-day America and represent, at its most piercing, a universal experience of the human soul.

Includes poems by John Donne, Christina Rossetti, W. H. Auden, Edna St. Vincent Millay, Robert Graves, e. e. cummings, Dorothy Parker, William Shakespeare, Sappho, Bhartrhari, Anna Akhmatova, and W. B. Yeats, among many others.
Peter Washington is the editor of many of the Everyman's Library Pocket Poets, including Love Poems, and is the author of Madame Blavatsky's Baboon: A History of the Mystics, Mediums, and Misfits Who Brought Spiritualism to America.