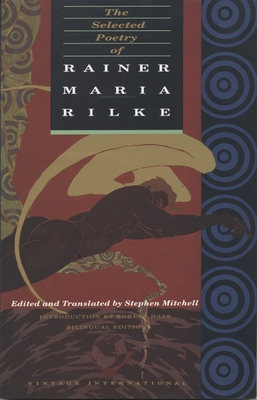 By Rainer Maria Rilke, Stephen Mitchell (Translated by), Stephen Mitchell (Editor), Robert Hass (Introduction by)
List Price: $18.00
Our Price: $15.95
(Save: $2.05 11%)
Available at One of Our Locations
"This miracle of a book, perhaps the most beautiful group of poetic translations this century has ever produced," (Chicago Tribune) should stand as the definitive English language version.
Rainer Maria Rilke (1875–1926) studied literature, art history, and philosophy in both Munich and Prague and is often considered one of the German language's greatest twentieth-century poets. His two most famous verse sequences are the Sonnets to Orpheus and the Duino Elegies; his two most famous prose works are Letters to a Young Poet and the semiautobiographical The Notebooks of Malte Laurids Brigge.