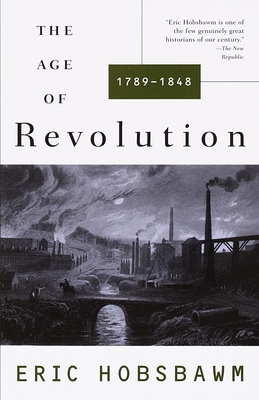 
Currently Unavailable
This magisterial volume follows the death of ancient traditions, the triumph of new classes, and the emergence of new technologies, sciences, and ideologies, with vast intellectual daring and aphoristic elegance. Part of Eric Hobsbawm's epic four-volume history of the modern world, along with The Age of Capitalism, The Age of Empire, and The Age of Extremes.
Born in 1917, Eric Hobsbawm was educated in Austria, Germany, and England.  He was Emeritus Professor of history at Birbeck College, University of London, and Emeritus Universtiy Professor of politics and socity at the New School for Social Research.  He is the author of more than fourteen books, including The Age of Capital, The Age of Empire, The Age of Extremes, and The Jazz Scene. He died in 2012.