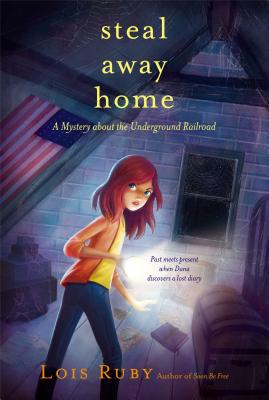 
Ships to Our Store in 1-5 Days
When Dana uncovers a skeleton hidden in the wall of her home, she also uncovers a dark secret that stretches back years.

When twelve-year-old Dana Shannon starts to strip away wallpaper in her family’s old house, she’s unprepared for the surprise that awaits her. A hidden room—containing a human skeleton! How did such a thing get there? And why was the tiny room sealed up?

With the help of a diary found in the room, Dana learns her house was once a station on the Underground Railroad. The young woman whose remains Dana discovered was Lizbet Charles, a conductor and former slave. As the scene shifts between Dana’s world and 1856, the story of the families that lived in the house unfolds. But as pieces of the puzzle begin to fall into place, one haunting question remains—why did Lizbet Charles die?
Lois Ruby is the author of several novels, including Steal Away Home, which was named an IRA Young Adults’ Choice and a Notable Children’s Trade Book in the Field of Social Studies (NCSS/CBC). Before she turned to writing, she was a young adult librarian for the Dallas Public Library. In her spare time, she serves on the board of Inter-Faith Inn Homeless Shelter in Wichita, Kansas, and sometimes teaches minicourses to seventh and eighth graders. “The place I feel most comfortable,” she says, “is among teenagers, laughing.” The mother of three sons, she lives in Wichita with her husband, Thomas.