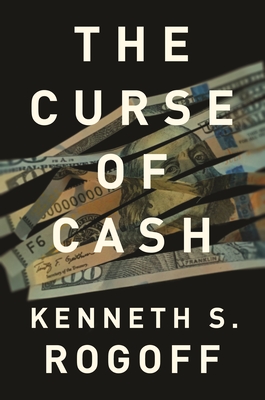 "A brilliant and lucid new book" (John Lanchester, New York Times Magazine) about why paper money and digital currencies lie at the heart of many of the world's most difficult problems--and their solutions

In The Curse of Cash, acclaimed economist and bestselling author Kenneth Rogoff explores the past, present, and future of currency, showing why, contrary to conventional economic wisdom, the regulation of paper bills--and now digital currencies--lies at the heart some of the world's most difficult problems, but also their potential solutions. When it comes to currency, history shows that the private sector often innovates but eventually the government regulates and appropriates. Using examples ranging from the history of standardized coinage to the development of paper money, Rogoff explains why the cryptocurrency boom will inevitably end with dominant digital currencies created and controlled by governments, regardless of what Bitcoin libertarians want. Advanced countries still urgently need to stem the global flood of large paper bills--the vast majority of which serve no legitimate purpose and only enable tax evasion and other crimes--but cryptocurrencies are like $100 bills on steroids. The Curse of Cash is filled with revealing insights about many of the most pressing issues facing monetary policymakers, from quantitative easing to alternative inflation targeting regimes. It also explains in detail why, if low interest rates persist, the best way to reinvigorate monetary policy is to implement fully effective and unconstrained negative interest rates. Provocative, engaging, and backed by compelling original arguments and evidence, The Curse of Cash has sparked widespread debate and its ideas have moved to the center of financial and policy discussions.
Kenneth S. Rogoff, the Thomas D. Cabot Professor of Public Policy at Harvard University and former chief economist of the International Monetary Fund, is the coauthor of the New York Times bestseller This Time Is Different: Eight Centuries of Financial Folly (Princeton). He appears frequently in the national media and writes a monthly newspaper column that is syndicated in more than fifty countries. He lives in Cambridge, Massachusetts