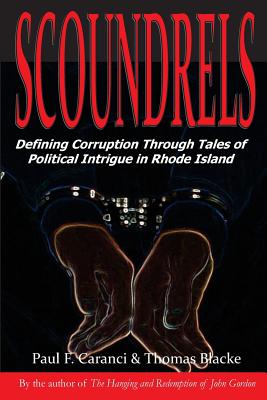 It has been said that political corruption is as old as government itself. Yet despite its timeless nature and its devastating impact on society, "political corruption" remains an elusive term that is difficult to define. In order to fully grasp its impact on government and society as a whole, it is critical to first have at least a cursory understanding of what corruption is and how it is measured. Using several infamous instances of corruption in Rhode Island politics as its framework (considered by many to be one of our nation's most corrupt states), Scoundrels: Defining Corruption Through Tales of Political Intrigue in Rhode Island attempts to define what has not always been easily recognized and for years, has eluded traditional definition. This book examines and categorizes various forms of corruption - including both active and passive practices - that have negative and deteriorating affects not only on the individuals who fall victim to the corrupt acts, but on society as a whole. Scoundrels is an unsettling chronicle of corruption in our times. And the authors warn that until all citizens unite in their opposition to, and the exposing of, all government corruption, nothing in our society will change, and our government of the people, by the people and for the people will continue to hurt the people it was intended to help.