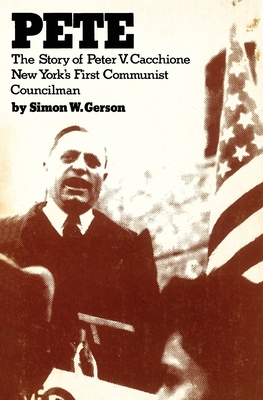 A small-town boy brought up on the "wrong" side of the railroad tracks, Pete knew back-breaking toil and the agonies of the jobless. Hunger and homelessness were no strangers to him. He spent his first night in New York in a municipal flophouse but when he died he was a Communist member of the New York City Council mourned by hundreds of thousands who came to know him in the tumultuous '30s and '40s. There may be no laws bearing his name, but many of the demands for which Pete fought, be it unemployment insurance, social security or the