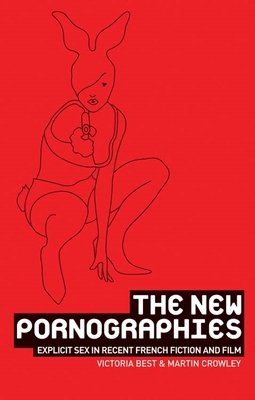 By Victoria Best, Martin Crowley
$120.00
Email or call for price

The turn of the twenty-first century has witnessed the striking advance of pornography into the Western cultural mainstream. Symptomatic of this development has been the use by writers, artists, and film-makers of the imagery and aesthetics of pornography, in works which have, often on this basis, achieved considerable international success. Amongst these artists are a number of French authors and directors - such as Michel Houellebecq, Catherine Breillat, Virginie Despentes, or Catherine Millet - whose work has often been dismissed as trashy or exploitative, but whose use of pornographic material may in fact be indicative of important contemporary concerns.

In this, the first study of this significant trend, the authors explore how the reference to pornography encodes diverse political, cultural, and existential questions, including relations between the sexes, the collapse of avant-garde politics, gay sexualities in the time of AIDS, the anti-feminist backlash, the relation to the body and illness, the place of fantasy, and the sexualisation of children.

It will be of interest to undergraduates, graduates, and researchers in the fields of French culture, gender, film and media studies.