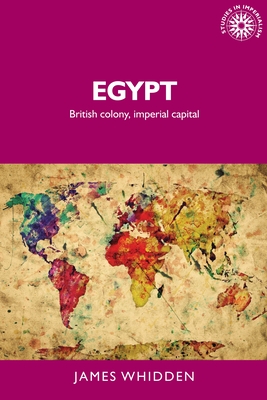 This book is an account of the British experience in Egypt over two centuries, informed by the testimonies of a diverse set of individuals. Providing life stories alongside institutional portraits, it offers multiple perspectives on colonial and imperial cultures, from five generations of a British, Alexandrian family to a Reuters correspondent with the ear of ambassadors, generals, and pashas.

By relating the British colony to discourses on civilising missions, race and nation, law and order, religion, governance, and war, the book identifies the contradictory attitudes of consuls and bishops, artists and soldiers, mothers and daughters, patricians and clients, and long-term and short-term colonials. A biographical treatment of the colony discloses problems of historical memory, identifying divergences based on location, time period, and profession. Official narratives sometimes bore little resemblance to private recollections, indicating that the imperial 'project' was not uniform or even coherent. Nevertheless, certain salient features emerge, among them that the colony in its initial phase was more Levantine than imperial, and that it was recollected as having its 'golden age' between the military occupation of 1882 and the end of the First World War, with the ensuing years being marked by conflicting visions of a threatened colonial future.

These themes engage with recent imperial historiography, but are applied to a setting that is often overlooked, in spite of the prominent treatment of Egypt in Edward Said's ground-breaking Orientalism. Egypt was an integral site in the imperial network and this book will be of great interest to area specialists working in political, historical, or cultural studies.

James Whidden is Professor of History at Acadia University