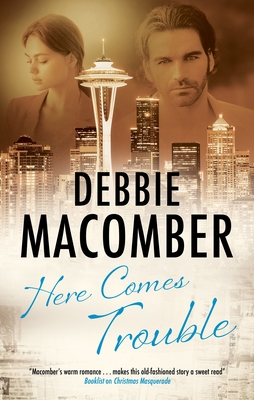 
Ships to Our Store in 1-5 Days
(This book cannot be returned)
On Christmas Eve, Maryanne and Nolan Adams tell their kids the story they most want to hear - how Mom and Dad met and fell in love. It all started when they were reporters on rival Seattle papers . . .
Maryanne Simpson is working hard to make it as a journalist; it's not her fault that her father happens to own the newspaper. After rival columnist Nolan Adams writes an unflattering piece about her, she's furious. But Maryanne decides the tough, streetwise newsman is right about one thing: her life has been too easy. So she quits her job, leaves her luxury apartment and swears not to touch her trust fund.
She needs to prove to Nolan - and to herself - that she's got what it takes to make it on her own. She wants Nolan's respect . . . and maybe more. When they end up as neighbors, Maryanne discovers that she can't resist Nolan's gruff charm, and although he doesn't seem to be an appropriate match for a socialite, Maryanne has other ideas.
This is a first-time regular print hardcover edition of a title previously available as a mass market paperback.
Debbie Macomber is a #1 New York Times bestselling author and one of today's most popular writers with more than 200 million copies of her books in print worldwide. Macomber's novels have spent over 1,000 weeks on the New York Times bestseller list.