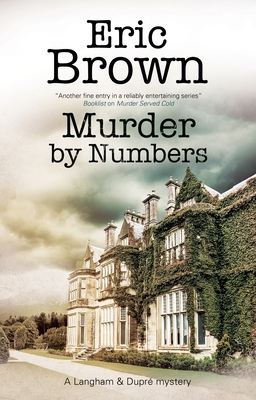 
Ships to Our Store in 1-5 Days
(This book cannot be returned)
And then there was one . . . can Donald Langham and Maria Dupr stop a killer who's picking off victims one by one? December, 1956. Donald Langham's wife Maria Dupr receives a chilling invitation to attend a death at the home of Maxwell Falwell Fenton in Essex. The once-prominent artist has a number of enemies, and has faded into obscurity since the war ended. Is the invitation to his own death or someone else's? Arriving at Winterfield on a cold winter evening, Donald and Maria meet five strangers who have also received numbered invitations. They all had a reason to hate or fear Maxwell, including Maria, who reveals a secret from her own past. But is she telling the whole truth? The soiree produces a gruesome and dramatic twist, but it's about to get much worse when someone starts picking off the six, one by one. Can Donald untangle lies, betrayal, and incredible revelations to identify the killer before Maria becomes the next victim?