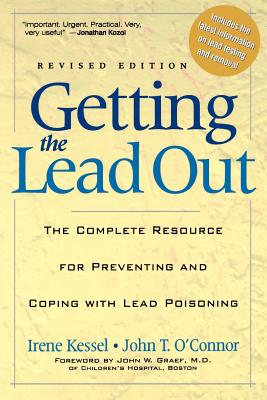 
Ships to Our Store in 1-5 Days
Lead poisoning is one of the most common and preventable pediatric health problems in the United States. The prohibition of lead in paint in 1978, followed by the phasing out of lead in gasoline, have done a great deal to lower the average level of lead in children's blood in the last twenty-five years, but the threat to public health of this insidious poison is far from being eradicated. Every child is at risk.Getting the Lead Out explains the nature and sources of lead poisoning and discusses the basic measures for minimizing the associated risks and damage. It also explains the physical and emotional effects of lead poisoning, including problems with language-acquisition and other learning disabilities, reduced IQ, renal failure, and antisocial and violent behavior. This book gives readers the information they will need to identify symptoms of poisoning in their children as well as lists of resources addressing each special need that may emerge due to exposure. It also includes guidelines for community organizing around the issue and instructions for suing for personal injury.
Irene Kessel is an attorney specializing in environmental law. She lives in Natick, Massachusetts.

John T. O'Connor is the founder of the National Toxics Campaign and the author of Fighting Toxins. He lives in Cambridge, Massachusetts.