The Diamond of Darkhold (Compact Disc) 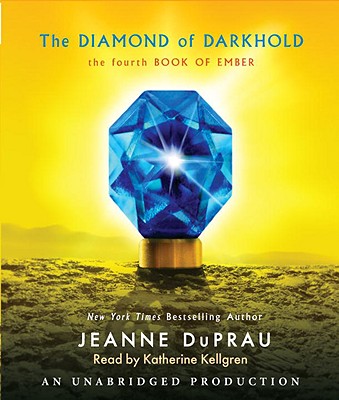 The Diamond of Darkhold (Compact Disc)


Email or call for price
It's been several months since Lina and Doon escaped the dying city of Ember and, along with the rest of their people, joined the town of Sparks. Now, struggling through the harsh winter aboveground, they find an unusual book. Torn up and missing most of its pages, it alludes to a mysterious device from before the Disaster, which they believe is still in Ember. Together, Lina and Doon must go back underground to retrieve what was lost and bring light to a dark world. In the fourth Book of Ember, bestselling author Jeanne DuPrau juxtaposes yet another action-packed adventure with powerful themes about hope, learning, and the search for truth. From the Hardcover edition.
Jeanne DuPrau is the bestselling author of The City of Ember, The People of Sparks, and The Prophet of Yonwood. She lives in Menlo Park, California. Visit her Web site at www.jeanneduprau.com. From the Hardcover edition.