Who Let the Cat Out?: Mutts X (Paperback) 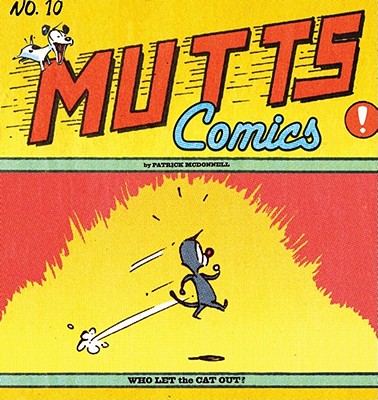 Who Let the Cat Out?: Mutts X (Paperback)

MUTTS is impossibly large. Its subject is the world, all living beings in it, and their relationship with each other. . . . Its touch is incredibly light and gentle, which explains how it alights in your mind and rests there. . . . The way that McDonnell's stories oscillate between gentle comedy and understated pathos is the strip's greatest strength.""-Christopher Brayshaw, Vancouver Review

Infodad.com describes MUTTS as ""humane and funny and gentle and caring and heartfelt and-did we mention funny?"" The site goes on to say that the strip ""includes enough hijinks and outstanding art (yes, art ) to please anyone with a taste for animals and amusement.""

Patrick McDonnell is a New York Times best-selling author and the recipient of multiple awards from the National Cartoonists Society for Oustanding Cartoonist of the Year and Newspaper Strip of the Year. A dedicated animal advocate and Genesis Award recipient, McDonnell regularly lends his talents to animal-protection groups and issues, including The Humane Society of the United States, where he serves on the national board of directors. McDonnell is also on the board of directors of the Charles M. Schulz Museum. He resides in New Jersey.