The Radio Front: The BBC and the Propaganda War 1939-45 (Paperback) 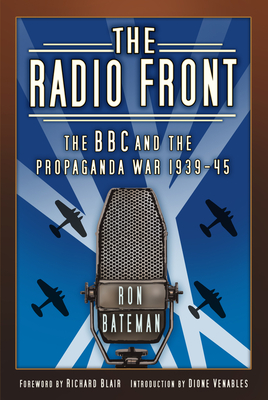 The Radio Front: The BBC and the Propaganda War 1939-45 (Paperback)


Ships to Our Store in 1-5 Days
Within 17 years of the first ever public broadcast in the UK, Britain again found itself at war. From humble, or ‘tedious’ beginnings broadcasting to localities during those early years, the Home Office and the BBC suddenly awakened to the potential wartime benefits of public radio. Behind the curtains of a million blacked-out homes the Home Service sought to keep the nation informed, upbeat and entertained. When Radio Came of Age examines the relationship between the government, the corporation and the listener - the triumphs and the controversies. We discover just how influential public broadcasting became among a people capable of displaying remarkable indifference in perilous circumstances, and yet could act almost as one in the interest of patriotic unity in their country’s hour of greatest need.
RON BATEMAN embarked on an apprenticeship with British Rail Engineering Ltd, Swindon, in 1977, where he continued to work as a skilled coach-painter until the works closed. Thereafter, he worked in engineering for an orthopaedic manufacturing company, before retiring in 2016. In 2011 he became a co-founder of the Orwell Society, before taking over the editorship of the Society Journal. He lives in Umbria and Swindon.