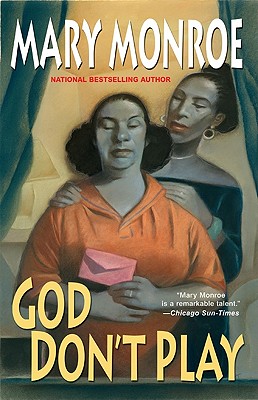 
Ships to Our Store in 1-5 Days
(This book cannot be returned)
From New York Times bestselling author Mary Monroe comes the story of two lifelong friends, their secrets and lies, and the new challenge that may divide them once and for all. . .

With a lovely home and family, Annette Goode finally has it all. Heaven knows she paid her dues--from an abusive childhood to a rocky start as an adult. Annette's friend Rhoda knows too, for Rhoda has been both her savior and her greatest fear. Their relationship has survived some serious shake-ups. But now that things are good, someone apparently thinks they're a little too good. . .

When Annette receives an anonymous--and menacing--birthday gift, it's just the beginning of a slew of hostile letters, vicious phone calls, and vile packages from a female who is obviously disguising her voice. Comforted by Rhoda and Rhoda's teenage daughter, Jade, Annette hopes the problem will somehow disappear. But when the threats extend to her child, Annette realizes the situation is dire. For soon her tormentor reveals exactly what she wants--and how it could destroy everything Annette has built. . .

"Watch out Toni Morrison, there is a new sister in town." --Rapport
Mary Monroe, the daughter of sharecroppers, is the author of the award-winning and New York Times bestselling God series that includes God Don't Like Ugly and God Don't Make No Mistakes, among other novels. Winner of the AAMBC Maya Angelou Lifetime Achievement Award and the PEN/Oakland Josephine Miles Award, Mary Monroe currently lives in Oakland, California, and loves to hear from her readers via e-mail at AuthorAuthor5409@aol.com. Visit Mary's website at MaryMonroe.org.