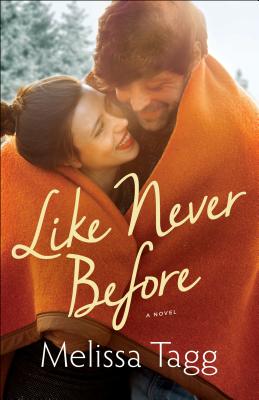 
Ships to Our Store in 1-5 Days
(This book cannot be returned)
Sure to Be a New Favorite, Tagg's Latest Checks All the Right Boxes for Romance Fans

Maple Valley became Amelia Bentley's haven after her heart and her dreams of a family were shattered, but her new life as a newspaper editor is shaken when the paper is bought out by a chain that plans to incorporate it into a regional paper.

After his biggest campaign success yet, speechwriter Logan Walker is approached to work on a presidential campaign. But he already lost his wife three years ago, and saying yes to the job means he'll see his young daughter even less. When Logan hears of a special election campaign in his hometown, helping out sounds like the perfect way to occupy himself while deciding what to do.

When Amelia hears Logan is back in town, she begs him to lend his previous experience in the newspaper world to help turn her paper's numbers around in time. They may butt heads more than they expected, but a lead on a story that could help save the paper is just the start of the sparks that fly in the office and in their hearts.
Melissa Tagg, author of Made to Last, Here to Stay, and From the Start, is a former newspaper reporter, current nonprofit grant writer, and total Iowa girl. When she's not writing, she can be found hanging out with the coolest family ever. She's passionate about humor, grace, and happy endings. Melissa blogs regularly at www.melissatagg.com.