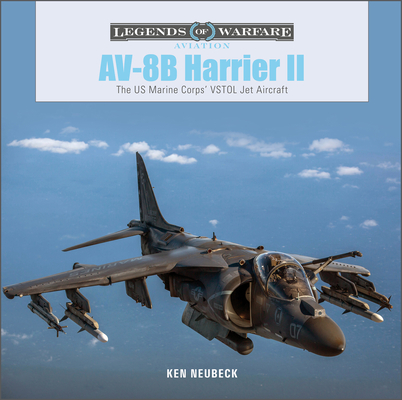 This is book number 52 in the Legends of Warfare: Aviation series.

The McDonnell Douglas AV-8B Harrier II--vertical/short takeoff and landing (VSTOL)--is the US Marine Corps' current frontline close-air-support aircraft. A variant of the famed British Aerospace Harrier II, the AV-8B is noted for its ability to hover in place, ideal for operating on smaller carriers and in less-than-ideal landing zones. This book provides a concise overview of VSTOL capabilities and the development of the Harrier jump jet in the UK, followed by the use of this aircraft by the US Marine Corps. USMC Harrier II units' first combat missions were during Operation Desert Storm in 1991, followed by extensive deployments in eastern Europe, Iraq, and Afghanistan.