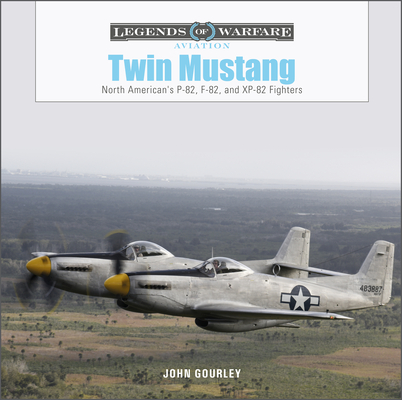 This is book number 55 in the Legends of Warfare: Aviation series.

Developed during the Second World War, but too late to see combat, the Twin Mustang was created by the engineering team at North American Aviation to provide long-range escort for larger, slow bombers. With the outbreak of the Korean Conflict, the Twin Mustangs were fortuitously positioned to provide immediate impact to the advantage of United Nations forces in the opening stages of the action. Later, a record-breaking long-distance flight was accomplished by a single aircraft, and the type was found useful for testing numerous experimental designs, from ramjet bodies to the first air-to-air missile concepts. The plane was effective as a radar-toting night fighter, and it could also carry large bombs, rockets, extended-range fuel tanks, and an eight-gun nacelle, providing a substantial increase in machine gun firepower. This book also details the amazing story of XP-82 44-83887, from test bed use, to a landing accident and disposal, to its discovery and restoration to flying status.