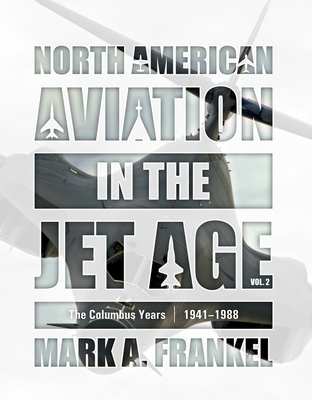 By Mark A. Frankel


Coming Soon - Available for Preorder Now
The year was 1941, and the flames of world war were threatening America's shores. President Franklin D. Roosevelt called for an "Arsenal of Democracy" and demanded fabrication of 50,000 warplanes per year. But first, sprawling new airplane factories were needed. Located in the heart of Columbus, Ohio, proved to be an ideal choice. The Columbus plant was home to a broad spectrum of fascinating aircraft. Curtiss-Wright moved in, and soon, thousands of SB2C Helldivers rolled out. The Korean War found North American Aviation (NAA) of Los Angeles as the new occupant. Advanced airplanes, many of them jets, were soon in high-rate production. Some, like the T-28 Trojan and T-2, were docile trainers. The Navy FJ Fury series augmented the dogfighting F-86 Sabre jets during the 1950s. The OV-10 Bronco was built rugged for close-in jungle combat during the Vietnam War. The supersonic Vigilante was a masterpiece of homegrown advanced technology. Production at Columbus ended in 1988 with major subassemblies for the Rockwell B-1B Lancer, a strategic bomber. This is the history of the Columbus plant from pouring concrete footings in 1941 until the plant was vacated in 1988.