The Secrets of the Universe in 100 Symbols (Hardcover) 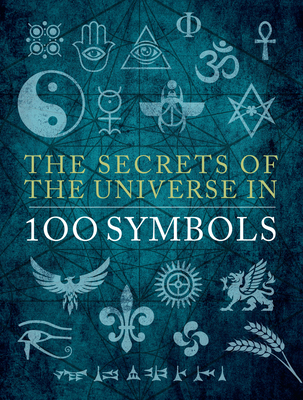 The Secrets of the Universe in 100 Symbols (Hardcover)


Ships to Our Store in 1-5 Days
With this beautifully illustrated compendium, explore 100 diverse arcane tools and writings said to hold the key to the mysteries of the universe.

Symbols carry weight and significance. Over time, they grow as different cultures attribute new meanings to old signs. Did you know that the swastika, widely known now to be the key symbol for Hitler’s Nazi party, used to be a Buddhist symbol for success? From the Aztec Calendar Stone and the Spear of Destiny to magic circles and Navaho sand paintings, each relic, symbol, and depiction is presented and analyzed in detail to reveal the beliefs and practices of past civilizations from all around the globe.

Philosophers, astrologers, prophets, poets, and artists from every age and culture have whispered secrets to pharaohs, statesmen, kings, and queens. In Renaissance Europe, two powerful women—Catherine of Medici and, later, Elizabeth I of England—patronized the most important magi of the time. John Dee’s obsidian mirror revealed the future of the nation to Elizabeth, while Nostradamus divulged spiritually inspired prophecies to Catherine at the Musée du Louvre in Paris.

Organized into three chapters—The Art of Divination; Enchantments, Symbols, and Talismans; and In Search of Secret Knowledge—the book’s engaging and informative text brings to light the secrets and intrigues that surround each mysterious object and the obscure arts of the people who used them, highlighting how to decode their signs and symbols.

Sarah Bartlett is the author of many mainstream spiritual books, including the best-selling Tarot Bible and The Little Book of Practical Magic. An astrologer for women's magazines such as UK Cosmopolitan, She, Spirit and Destiny, and the London Evening Standard, Sarah also contributes to BBC Radio 2 show, Steve Wright in the Afternoon. She teaches and practices astrology, tarot and other occult arts, and lives in the countryside.