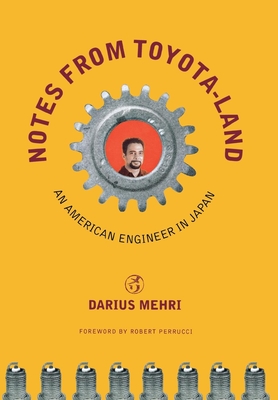 In 1996, Darius Mehri traveled to Japan to work as a computer simulation engineer within the Toyota production system. Once there, he found a corporate experience far different from what he had expected. Notes from Toyota-land, based on a diary that Mehri kept during his three years at an upper-level Toyota group company, provides a unique insider's perspective on daily work life in Japan and charts his transformation from a wide-eyed engineer eager to be part of the "Japanese Miracle" to a social critic, troubled by Japanese corporate practices.

Mehri documents the sophisticated "culture of rules" and organizational structure that combine to create a profound control over workers. The work group is cynically used to encourage employees to work harder and harder, he found, and his other discoveries confirmed his doubts about the working conditions under the Japanese Miracle. For example, he learned that male employees treated their female counterparts as short-term employees, cheap labor, and potential wives. Mehri also describes a surprisingly unhealthy work environment, a high rate of injuries due to inadequate training, fast line speeds, crowded factories, racism, and lack of team support. And in conversations with his colleagues, he uncovered a culture of intimidation, subservience, and vexed relationships with many aspects of their work and surroundings. As both an engaging memoir of cross-cultural misunderstanding and a primer on Japanese business and industrial practices, Notes from Toyota-land will be a revelation to everyone who believes that Japanese business practices are an ideal against which to measure success.

Darius Mehri is a Ph.D. student in sociology at the University of California, Berkeley. Robert Perrucci is Professor of Sociology at Purdue University.