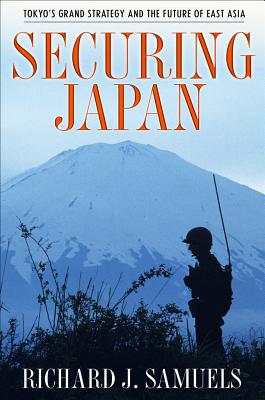 By Richard J. Samuels
Email or call for price

For the past sixty years, the U.S. government has assumed that Japan's security policies would reinforce American interests in Asia. The political and military profile of Asia is changing rapidly, however. Korea's nuclear program, China's rise, and the relative decline of U.S. power have commanded strategic review in Tokyo just as these matters have in Washington. What is the next step for Japan's security policy? Will confluence with U.S. interests--and the alliance--survive intact? Will the policy be transformed? Or will Japan become more autonomous?

Richard J. Samuels demonstrates that over the last decade, a revisionist group of Japanese policymakers has consolidated power. The Koizumi government of the early 2000s took bold steps to position Japan's military to play a global security role. It left its successor, the Abe government, to further define and legitimate Japan's new grand strategy, a project well under way-and vigorously contested both at home and in the region. Securing Japan begins by tracing the history of Japan's grand strategy--from the Meiji rulers, who recognized the intimate connection between economic success and military advance, to the Konoye consensus that led to Japan's defeat in World War II and the postwar compact with the United States.

Samuels shows how the ideological connections across these wars and agreements help explain today's debate. He then explores Japan's recent strategic choices, arguing that Japan will ultimately strike a balance between national strength and national autonomy, a position that will allow it to exist securely without being either too dependent on the United States or too vulnerable to threats from China. Samuels's insights into Japanese history, society, and politics have been honed over a distinguished career and enriched by interviews with policymakers and original archival research. Securing Japan is a definitive assessment of Japanese security policy and its implications for the future of East Asia.

Richard J. Samuels is Ford International Professor of Political Science and Director of the Center for International Studies at the Massachusetts Institute of Technology. He is also Chairman of the Japan-U.S. Friendship Commission and founding director of the MIT Japan Program. He is author of several award-winning books, including Machiavelli's Children: Leaders and Their Legacies in Italy and Japan and'Rich Nation, Strong Army': National Security and the Technological Transformation of Japan, also from Cornell.