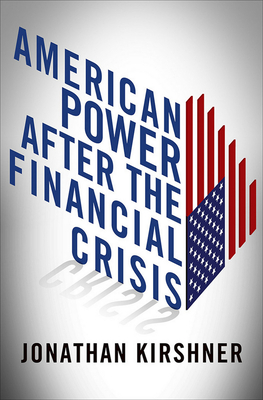 The global financial crisis of 2007-2008 was both an economic catastrophe and a watershed event in world politics. In American Power after the Financial Crisis, Jonathan Kirshner explains how the crisis altered the international balance of power, affecting the patterns and pulse of world politics. The crisis, Kirshner argues, brought about an end to what he identifies as the second postwar American order because it undermined the legitimacy of the economic ideas that underpinned that order--especially those that encouraged and even insisted upon uninhibited financial deregulation. The crisis also accelerated two existing trends: the relative erosion of the power and political influence of the United States and the increased political influence of other states, most notably, but not exclusively, China.Looking ahead, Kirshner anticipates a New Heterogeneity in thinking about how best to manage domestic and international money and finance. These divergences--such as varying assessments of and reactions to newly visible vulnerabilities in the American economy and changing attitudes about the long-term appeal of the dollar--will offer a bold challenge to the United States and its essentially unchanged disposition toward financial policy and regulation. This New Heterogeneity will contribute to greater discord among nations about how best to manage the global economy. A provocative look at how the 2007-2008 economic collapse diminished U.S. dominance in world politics, American Power after the Financial Crisis suggests that the most significant and lasting impact of the crisis and the Great Recession will be the inability of the United States to enforce its political and economic priorities on an increasingly recalcitrant world.

Jonathan Kirshner is Stephen and Barbara Friedman Professor of International Political Economy at Cornell University. He is the author most recently of Hollywood's Last Golden Age and the coeditor of The Great Wall of Money and The Future of the Dollar, all from Cornell.