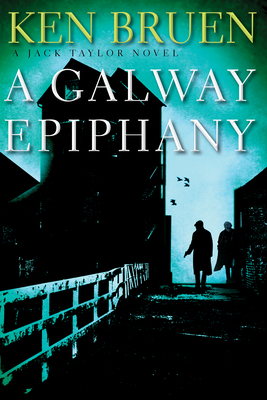 This is book number 17 in the Jack Taylor Novels series.

In the newest novel in Bruen's thrilling series, ex-cop turned private eye Jack Taylor is pulled out of his quiet new life on a farm by three mysteries that soon prove dangerously linked

Jack Taylor has finally escaped the despair of his violent life in Galway in favor of a quiet retirement in the country with his friend Keefer, a former Rolling Stones roadie, and a falcon named Maeve. But on a day trip back into the city to sort out his affairs, Jack is hit by a truck in front of Galway's Famine Memorial, left in a coma but mysteriously without a scratch on him.

When he awakens weeks later, he finds Ireland in a frenzy over the so-called "Miracle of Galway." People have become convinced that the two children spotted tending to him are saintly, and the site of the accident sacred. The Catholic Church isn't so sure, and Jack is commissioned to help find the children to verify the miracle or expose the stunt.

But Jack isn't the only one looking for these children. A fraudulent order of nuns needs them to legitimatize its sanctity and becomes involved with a dangerous arsonist. Soon, the building in which the children are living burns down. Jack returns to his old tricks, and his old demons, as his quest becomes personal.

Sharp and sardonic as ever, "the Godfather of the modern Irish crime novel" (Irish Independent) is at his brutal and ceaselessly suspenseful best in A Galway Epiphany.

Ken Bruen received a doctorate in metaphysics, taught English in South Africa, and then became a crime novelist. The critically acclaimed author of twelve previous Jack Taylor novels and The White Trilogy, he is the recipient of two Barry Awards and two Shamus Awards and has twice been a finalist for the Edgar Award. He lives in Galway, Ireland.