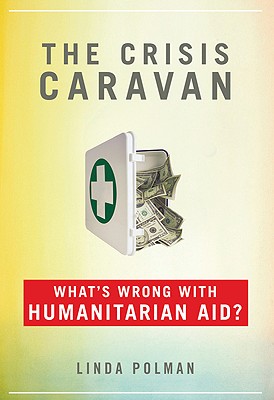 A no-holds-barred, controversial exposé of the financial profiteering and ambiguous ethics that pervade the world of humanitarian aid

A vast industry has grown up around humanitarian aid: a cavalcade of organizations—some 37,000—compete for a share of the $160 billion annual prize, with "fact-inflation" sometimes ramping up disaster coverage to draw in more funds. Insurgents and warring governments, meanwhile, have made aid a permanent feature of military strategy: refugee camps serve as base camps for genocidaires, and aid supplies are diverted to feed the troops. Even as humanitarian groups continue to assert the holy principle of impartiality, they have increasingly become participants in aid's abuses.

In a narrative that is impassioned, gripping, and even darkly absurd, journalist Linda Polman takes us to war zones around the globe—from the NGO-dense operations in "Afghaniscam" to the floating clinics of Texas Mercy Ships proselytizing off the shores of West Africa—to show the often compromised results of aid workers' best intentions. It is time, Polman argues, to impose ethical boundaries, to question whether doing something is always better than doing nothing, and to hold humanitarians responsible for the consequences of their deeds.

Linda Polman is an Amsterdam-based journalist who for fifteen years has reported from war zones for a range of European radio stations and newspapers. She is the author of "We Did Nothing," which was shortlisted for the Lettre Ulysses Award for the Art of Reportage.

“Particularly timely just now… Polman finds moral hazard on display wherever aid workers are deployed. In case after case, a persuasive argument can be made that, over-all, humanitarian aid did as much or even more harm than good… Her style is brusque, hard-boiled, with a satirist’s taste for gallows humor. Her basic stance is: J’accuse.”
—Philip Gourevitch, The New Yorker