Archaeological Perspectives on the Battle of the Little Big Horn (Paperback) 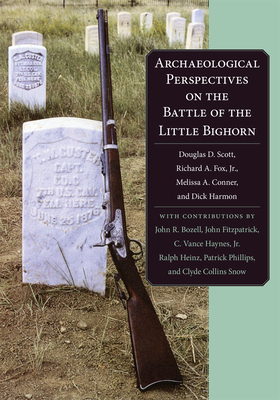 Ever since the Custer massacres on June 25, 1876, the question has been asked: What happened - what REALLY happened - at the Battle of the Little Bighorn? We know some of the answers, because half of George Armstrong Custer's Seventh Cavalry - the men with Major Marcus Reno and Captain Frederick Benteen - survived the fight, but what of the half that did not, the troopers, civilians, scouts, and journalist who were with Custer?

Now, because a grass fire in August 1983 cleared the terrain of brush and grass and made possible thorough archaeological examinations of the battlefield in 1984 and 1985, we have many answers to important questions.

On the basis of the archaeological evidence presented in this book, we know more about what kinds of weapons were used against the cavalry. We know exactly where many of the men fought, how they died, and what happened to their bodies at the time of or after death. We know how the troopers were deployed, what kind of clothing they wore, what kind of equipment they had, how they fought. Through the techniques of historical archaeology and forensic anthropology, the remains and grave of one of Custer's scouts, Mitch Boyer, have been identified. And through geomorphology and the process of elimination, we know with almost 100 percent certainty where the twenty-eight missing men who supposedly were buried en masse in Deep Ravine will be found.