Light at the Seam: Poems (Paperback) 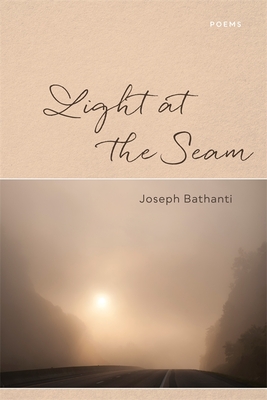 Light at the Seam: Poems (Paperback)

Light at the Seam, a new collection from North Carolina poet Joseph Bathanti, is an exploration of mountaintop removal in southern Appalachian coal country. The volume illuminates and champions often invisible people residing, in a precarious moment in time, on the glorious, yet besieged, Appalachian earth. Their call to defend it, as well as their faith that the land will exact its own reckoning, constitutes a sacred as well as existential quest. Rooted in social and restorative justice, Light at the Seam contemplates the earth as fundamentally sacramental, a crucible of awe and mystery, able to regenerate itself and its people even as it succumbs to them. More than mere cautionary tale, this is a volume of hope and wonder.

Joseph Bathanti, former poet laureate of North Carolina (2012-14) and recipient of the North Carolina Award in Literature, is the author of seventeen books. He is the McFarlane Family Distinguished Professor of Interdisciplinary Education at Appalachian State University in Boone, North Carolina.