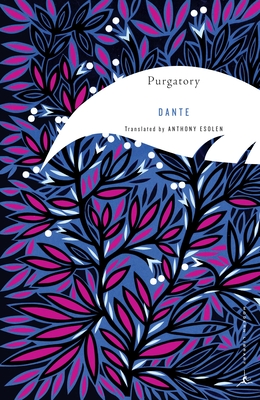 A new translation by Anthony Esolen
Illustrations by Gustave Doré

Written in the fourteenth century by Italian poet and philosopher Dante Alighieri, The Divine Comedy is arguably the greatest epic poem of all time—presenting Dante’s brilliant vision of the three realms of Christian afterlife: Inferno, Purgatory, and Paradise. In this second and perhaps most imaginative part of his masterwork, Dante struggles up the terraces of Mount Purgatory, still guided by Virgil, in a continuation of his difficult ascent to purity. Anthony Esolen’s acclaimed translation of Inferno, Princeton professor James Richardson said, “follows Dante through all his spectacular range, commanding where he is commanding, wrestling, as he does, with the density and darkness in language and in the soul. It is living writing.” This edition of Purgatory includes an appendix of key sources and extensive endnotes—an invaluable guide for both general readers and students.

Anthony Esolen is a professor of English at Providence College. He is the author of Peppers, a book of poetry, and his translations include Lucretius’s De rerum natura and Torquato Tasso’s Gerusalemme liberata, along with Dante’s Inferno and Paradise, published by the Modern Library.

“Professor Esolen’s translation of Dante’s Inferno is the best one I have seen. . . . And his endnotes and other additions provoke answers to almost any question that could arise about the work.”
—A. Kent Hieatt, translator of The Canterbury Tales

“Esolen’s brilliant translation captures the power and the spirit of a poem that does not easily give up its secrets.”
—Robert Royal, president, Faith and Reason Institute

“Anthony Esolen’s new translation follows Dante through all his spectacular range, commanding where he is commanding, wrestling, as he does, with the density and darkness in language and in the soul. It is living writing.”
—James Richardson, Princeton University