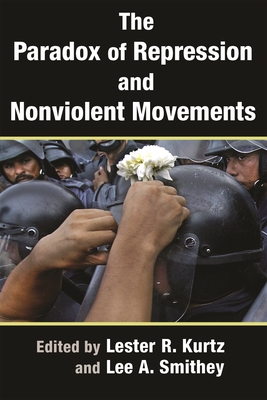 Political repression often paradoxically fuels popular movements rather than undermining resistance. When authorities respond to strategic nonviolent action with intimidation, coercion, and violence, they often undercut their own legitimacy, precipitating significant reforms or even governmental overthrow. Brutal repression of a movement is often a turning point in its history: Bloody Sunday in the March to Selma led to the passage of
civil rights legislation by the US Congress, and the Amritsar Massacre in India showed the world the injustice of the British Empire's use of force in maintaining control over its colonies.

Activists in a wide range of movements have engaged in nonviolent strategies of repression management that can raise the likelihood that repression will cost those who use it. The Paradox of Repression and Nonviolent Movements brings scholars and activists together to address multiple dimensions and significant cases of this phenomenon, including the relational nature of nonviolent struggle and the cultural terrain on which it takes place, the psychological costs for agents of repression, and the importance of participation, creativity, and overcoming fear, whether in the streets or online.