Panama and the United States: The End of the Alliance (United States and the Americas) (Paperback) 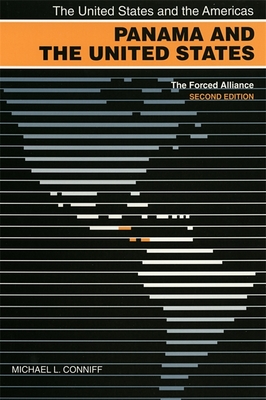 By Michael L. Conniff
Email or call for price

After Panama assumed control of the Panama Canal in 1999, its relations with the United States became those of a friendly neighbor. In this third edition, Michael L. Conniff describes Panama's experience as owner-operator of one of the world's premier waterways and the United States' adjustment to its new, smaller role. He finds that Panama has done extremely well with the canal and economic growth but still struggles to curb corruption, drug trafficking, and money laundering. Historically, Panamanians aspired to have their country become a crossroads of the world, while Americans sought to tame a vast territory and protect their trade and influence around the globe. The building of the Panama Canal (1904-14) locked the two countries in their parallel quests but failed to satisfy either fully. Drawing on a wide array of sources, Conniff considers the full range of factors--political, social, strategic, diplomatic, economic, and intellectual--that have bound the two countries together.