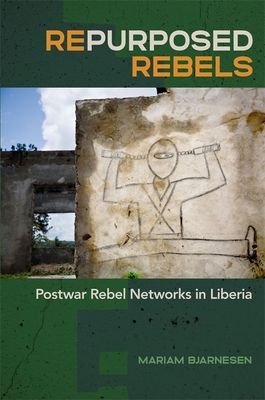 Despite peace agreements, demobilization, and reintegration processes, the end of war does not automatically or necessarily make combatants abandon their wartime rebel networks. In Liberia such structures have lingered long after the civil war came to an end in 2003. Weak formal security institutions with a history of predatory behavior have contributed to the creation of an environment where informal initiatives for security and protection are called upon. In fragile postwar settings, former soldiers can be used as intimidators but have paradoxically reemerged as security providers, challenging our understanding of both the setting and the actors beyond the sphere of war.

Based on original interview material and findings from fieldwork, Repurposed Rebels follows former rebel soldiers from the time of civil war to 2013. These actors have reemerged as "recycled" warriors in times of regional wars and crisis and as vigilantes and informal security providers for economic and political purposes. Through these actors, Mariam Bjarnesen examines the relevance of postwar rebel networks and ex-combatant identity in contemporary Liberia, with an eye to understanding the underlying aims of demobilization when reintegration is challenged. Bjarnesen argues that these ex-combatants have succeeded in reintegrating themselves due to, not despite, the fact that they have not been truly demobilized.

MARIAM BJARNESEN is an associate senior lecturer of war studies in the Department of Security, Strategy, and Leadership at Swedish Defense University.